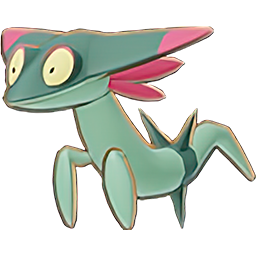 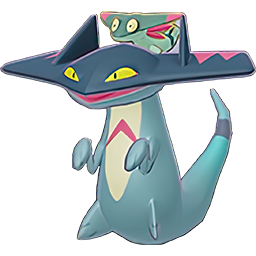 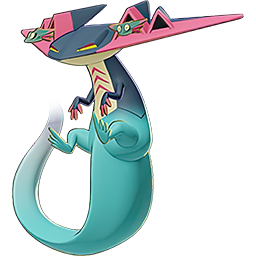 A glass cannon with mastery of airborne attacks. Dragapult can deal multiplicative damage, either through specific moves or by stacking attack damage on K.O.

Dealing damage charges you up until all attacks become boosted. You will lose this boost when not dealing damage.

Debuff durations on this Pokemon are reduced.

Reduces the duration of debuff effects inflicted on the Pokemon.

Emits a sonic charge that detonates on impact or at range, slowing opponents in an area.

Has the user let out a sound blast in a forward direction. The shout explodes when it hits an opposing Pokemon or after traveling a set distance, dealing damage to opposing Pokemon in the area of effect and decreasing their movement speed for a short time.

Has the user move quickly in the designated direction, increasing its basic attack speed for a short time.

Enter stealth with increased move speed, increasing your attack gauge. On reveal, gain Haste.
Passive: On K.O: resets this move's cooldown and permanently applies a stack of Attack damage until the battle ends.

For a short time, increases the user's movement speed and has it enter stealth. While the user is in stealth, the boosted basic attack gauge increases. When stealth ends, the user's basic attack speed is increased for a short time. After this move is learned, if the user knocks out a Pokemon from the opposing team, this move's cooldown is reset, and the user's Attack is increased until the end of the battle. This Attack increase effect can stack.
Upgrade: Also reduces this move's cooldown when the user deals damage to opposing Pokemon with basic attacks.

Breathes fire along the ground (especially pronounced while flying), damaging and slowing opponents in the area.

Marks an opponent and dashes forward, dealing damage. Marked opponents take increased damage, and the fourth marked hit does even more while healing you.

Launches two Dreepy at nearby opponents, assassinating them at low HP. Two charges of this move can be stored.