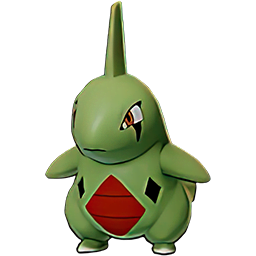 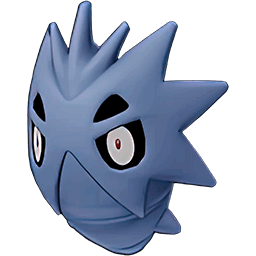 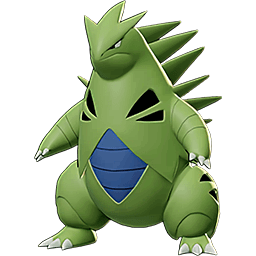 A big attacker with improved abilities based on the choice of moves and opponent's HP. Its versatile enhancements make it a well-rounded fighter for different scenarios.

Becomes a boosted attack every 3 attacks, dealing increased damage when it hits.

Applies an offensive buff that turns into a defensive one as you evolve, activated when taking enough damage. Larvitar: Increased Attack. Pupitar: Cleanses and shields. Tyranitar: Creates a sandstorm that damages opponents, increasing your defenses.

Takes a big bite. Stuns opponents below an HP threshold.

Deals AOE damage up to three times, getting larger with each use. Deals higher damage at close range.

Charges up while Spellproof with increased move speed and a shield, then releases a shock wave that stuns opponents. On-Hit, makes you pierce defenses and shields for a short time and allows you to fire a second shock wave. The second wave slows opponents and grants you more shield for each opponent hit (up to 3).

Rampages with increased move speed and attack damage, assassinating opponents below an HP threshold. Also reduces the duration of hindrances.

Has the user explode with anger and go on a rampage, increasing its movement speed for a short time. If the user is affected by a hindrance, it will return to normal faster than usual. While the user is rampaging, its basic attack pattern changes and the attacks deal increased damage. If a Pokémon on the opposing team is hit by these basic attacks when their HP is below a set percentage, it is immediately knocked out.